How Acupuncture of TCM be globalized

One of the members of Nixon's visit to China that year was a reporter from The New York Times who happened to suffer from appendicitis during his visit to Beijing and was admitted to a Chinese hospital. Chinese doctors used acupuncture anesthesia instead of conventional anesthetics during the appendectomy.

The operation was very successful. After the reporter returned to the United States, he published an article in The New York Times, introducing his personal experience, which sparked the acupuncture fever in the United States.

In fact, on July 26, 1971, the "New York Times" indeed published a report entitled "Now let me tell you about my operation in Beijing" in the corner of the front page. The eye-catching signed documentary article opened the window for acupuncture to be understood by the world.

"This article is recognized as the origin of the American acupuncture craze," said Wang Jing, vice president of the Bianstone and Gua Sha Professional Committee of the Chinese Acupuncture and Moxibustion Society. At that time, the Nixon administration was preparing to open the door to China, and the American people closed it for more than 20 years.

The great eastern countries in the year are very curious, and any "inside news" from here is very popular. Therefore, such an article that looked like an American journalist from Beijing "reporting safety" to the readers of the New York Times brought the essence of Chinese medical culture acupuncture out of the country.

However, the overseas journey of Chinese medicine and acupuncture has not been easy. A large number of Chinese scientists, led by Han Jisheng, an academician of the Chinese Academy of Sciences and an internationally renowned pain scientist, have worked hard for more than 30 years.

In 1997, the National Institutes of Health, the most important health research institution in the United States, decided to hold a hearing to discuss the rationality of Chinese acupuncture. Academician Han Jisheng was invited to participate in this hearing. At this hearing, he was listed as the first to speak.

After some debate, the final conclusion was that acupuncture is effective in two aspects. "One is to relieve pain and the other is to treat vomiting. Although there are many rumors about the effect of acupuncture, this time it has been scientifically verified, proving that the ancient Chinese acupuncture therapy is indeed scientifically justified." 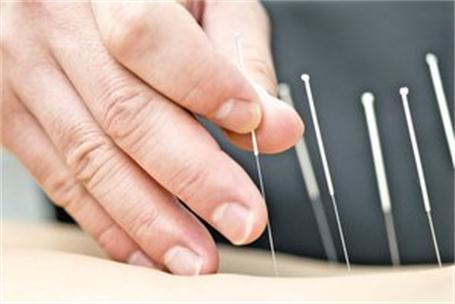 "We did experiments on rabbits. After the needle was put in, its pain sensation became dull. We took samples from its brain to see if there were any chemicals that had an analgesic effect. The results proved that acupuncture analgesia is not a psychological effect, but a substance. Basically, this conclusion is very important." Han Jisheng introduced.

"But the brain process is complex, and finding the substance that plays an analgesic effect is like looking for a needle in a haystack," Han Jisheng said. In 1975, the British published an article that gave him great inspiration. "The article said that scientists discovered a substance called'enkephalin' in the brains of pigs.

When I read this article, I wondered whether a needle can increase'enkephalin'? It is confirmed that acupuncture can indeed increase the content of enkephalin and make it more effective."

The "Journal of the American Medical Association" published more than affirmative research articles on acupuncture over the years. The two articles "one yin and one yang" published this time are encouraging, which shows that it is feasible to use strict scientific methods to prove the clinical efficacy of acupuncture.

Zhang Boli, academician of the Chinese Academy of Engineering, dean of the Chinese Academy of Chinese Medical Sciences, and president of Tianjin University of Traditional Chinese Medicine, said that it is these important studies that have brought acupuncture therapy into medical insurance in more than a dozen countries, which has truly gained international recognition.